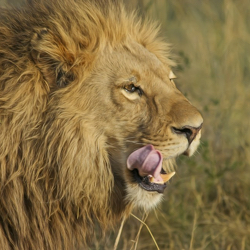 We are an international company developing and marketing our own apps for 12 years in 160 countries around the globe. Our team has the sharpest and most kick-ass marketers, developers, designers, scientists (and dogs too)! We hire only the best talent & give them freedom to realize their potential & creativity – people who are amazing at what they do and are successful in life too.
Join Creative.gs team as Copywriter / Marketer to create and manage online marketing campaigns in many markets for our apps. Our ads go in most of regular online news media portals.

What you will be doing?

What skills & experience do we expect? Read on!

Why should you even consider joining our team?

How does this sound? I know! Amazing, right? Apply for this position simply by writing an email to lion@creative.gs and tell us why you want to work with us. Also just add a CV there and let’s meet at the interview!

We’re a EU certified medical institution with certified medical personnel. Helping our 3.4 million users in more than 160 countries to live a more healthy and happy life. Building apps that combine ultimate healthcare with the 21st century technologies and artificial intelligence.

See our open vacancies and drop us an email, yes? Yes!

New management replaces the founding fathers and mothers. We introduce artificial intelligence to our technology.

Unbelievable results for our eyes at the time. We lost our minds and the team took off to celebrate at some European hotspots. Twice.

All our other projects / companies get acquired by investors and continue their happy growth under the new ownership and management.

We have a 100 thousand users, we know that we’re on to something and we do our best to keep on the right track.

Our e-democracy product gets on the cover of the New York Times.

We set our first steps towards advanced health apps.

Our e-democracy company gets featured by the President Obama at the UN assambly in Washington.

We got a 250$ thousand investment by the World’s biggest media innovation accelerator Knight News Challenge.

Listed as one of the top 7 innovative startups in Latvia.

Launched the first educational mobile app in the Europe (no one had an iPhone back then).

Couple of teens won a business idea award from the government, which was a little bit of money and some recognition.

One day in our company

“On my first day there was an office party till 5.00 in the morning. My new colleagues asked what my plans for the next weekend were. I didn’t have anything specific in mind yet. “So, here is your flight ticket to Amsterdam. We are having a revenue party.” So the entire office went off to Amsterdam for a couple of days to celebrate the most recent monthly revenue record.”

The best marketing doesn’t feel like marketing. It makes the customer feel smart and safe. Makes him buy stuff. We are looking for you, if you are good at analysing and changing customer behaviour and you want to go big.